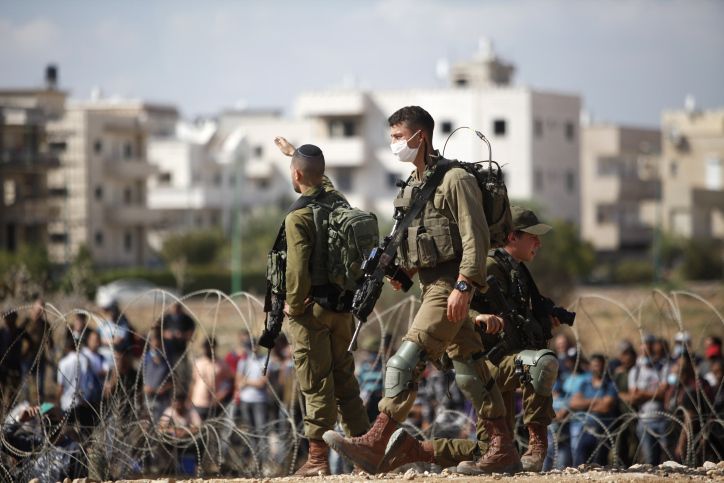 Israeli forces operated overnight from Wednesday to Thursday in the village of Kfar Dan, near Jenin, to map the homes of the two Palestinian gunmen who killed an Israeli officer the day before.

The two terrorists were killed in the attack along the West Bank security fence that claimed the life of Major Bar Falah, deputy patrol commander of the Nahal Brigade.

The houses were mapped before possible demolition, in line with Israel’s policy of deterring terrorist attacks.

Jenin Governor Akram Rajoub blamed Israel for the deteriorating situation in the northern West Bank cities of Jenin and Nablus in an interview with Return the bet.

He pointed the finger at the “extreme right” government in Israel, which he said “does not want the situation to calm down”.

“Nobody encourages what is happening on the ground,” he said, lamenting the political impasse in which the Palestinian Authority finds itself.

Falah, 30, from Netanya, was buried Wednesday night at the Netanya Military Cemetery, north of Tel Aviv.

“We will not hesitate to act where the Palestinian Authority does not maintain order,” Israeli Prime Minister Yair Lapid said on Wednesday after the attack claimed by the Al-Aqsa Martyrs Brigades, the armed wing of the Fatah party of Palestinian President Mahmoud Abbas.

Since a series of anti-Israeli attacks from March that left 19 dead, the Israeli army has increased its operations in the northern West Bank, particularly in the regions of Nablus and Jenin where Palestinian armed terrorist groups operate. .

Debt Consolidation Loan vs Balance Transfer: Which is Right for You?